Here at the Ashley HomeStore in Lakeland, Florida, we believe that your house is much more than just a dwelling. You’re creating a home filled with family and friends, and building life-long memories along the way! This is what inspires us to help you furnish and decorate your home with our intelligent customer service team who showcases our products in a way that makes a house feel like a home. We have been your go-to furniture and mattress store in Lakeland, FL since 2002. Our dedicated and experienced General Manger, Kristopher Thatcher, has built a team that is committed to being your trusted home partner. At the Lakeland Ashley HomeStore in Orlando, FL, we are not only thankful to celebrate your home with you, but we are also dedicated to charitable work with the Hope to Dream foundation. You can find us in the area located near Target and T.J. Maxx. For those of you on a tight schedule, the best time to avoid the crowd is in the early morning around 10:30 A.M. We look forward to being the furniture store that helps you fill your home with memories, and hope to see you soon! 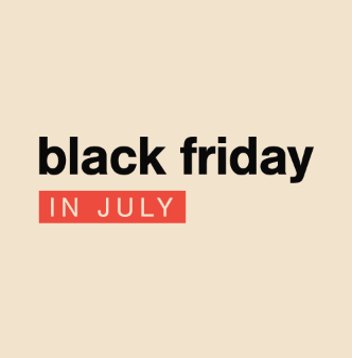 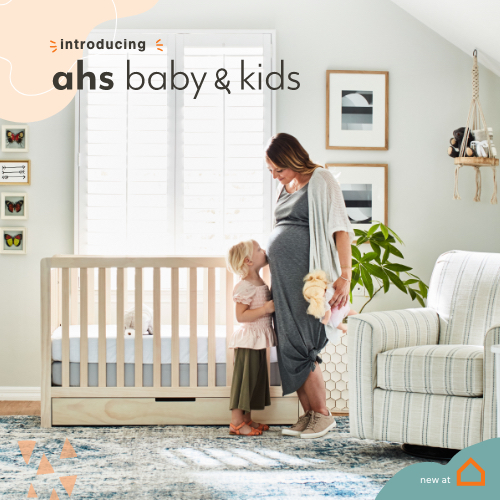 Carlos was a very professional and knowledgeable. Because of him we came back for a second time to buy more furniture.

Bought living room and bedroom furniture. Jeremy was an outstanding salesman! No pressure! Will definitely go back to the store in Lakeland FL!

¡Gigi she’s excelent! This is my third time buying there (ashely furniture Lakeland) 100% recommend her

After more than a year since our last purchase from Ashley’s, we were glad to see that Brent Mercer was still working here! He knows us so well, that he took us straight to what we were looking for. We still tested other options out, and Brent was there to talk us through each option. It’s a good feeling to come back and get treated the same way we did on our very first visit to Ashley’s over 3 years ago!

The store was very welcoming. Brandon was very helpful and took the time to really help us with what we needed. Definitely recommend

Gustovo was very friendly and no pushy at all. The process was easy and the service was excellent

Friendly and helpful staff. Delivery and set up was very professional and thorough.

Everyone was friendly and not hovering. Ended purchasing a few items through, Sierra, and I could not have been any happier with anyone else. She was thorough, attentive, and patient.

Store is fine with good selection. However if they make an error in the cost it takes many phone calls and trips back to the store and then they tell you that you have to wait for corporate to fix it. They overcharged my protection plan by 30.00 and charged the deposit twice. It has been over a week and I still haven't got my money back. They also have different prices in the store than on the website. Store is higher. They will match if you tell them.

It was ok, a lot of furniture now is compressed wood, expensive for cheap product. Delivery did not happened when we were told. If I didn't call to find out, I would have never gotten a call to let me know they had changed the date. Very irresponsible. Would I buy again, ummmmmm not likely.

Let me just say don’t do it. We made a purchase in May that was misrepresented from the beginning. Then we took delivery of the damaged tables also in May. We notified the store immediately of the problem. We were lied to over and over about them making it right. We decided enough is enough. Here it is almost August and we are still being given the run around about our refund. Well we made our first and last purchase from Ashley! Thanks for nothing!!

(Translated by Google) 4 months ago I bought a set of room and they go 3 times that they change the date and you call and they are not interested in helping you, they are rubbish they do not buy in that place and my husband calls and the receptionist does not pick up the phone and when he picks it up he He talks like I can't do anything. And we ask to speak to the seller or the manager and they tell you that they are not there, what a coincidence! They are a disaster, DO NOT BUY THERE !!! (Original) Hace 4 meses compré un juego de cuarto y van 3 veces que me cambian la fecha y llamas y no les interesa ayudarte,son una basura no compren en ese lugar y mi esposo llama y la de recepción no coge el teléfono y cuando lo coge le habla como que no puedo hacer nada ,lo ciento!!! Y pedimos hablar con el vendedor o el gerente y te dicen que no estan,que casualidad!!!! Son un desastre ,NO COMPREN AHI!!!

So, here is our story. We walked into an Ashley Furniture Home Store(AF) to purchase a dining room set on 5/28/21. We selected one and the transaction went through without a hitch on my Credit Card(CC). However, we did not receive a copy of the Sales Order / Invoice with my signature, other than a copy of the CC machine copy which did have my signature(this will have significance later on). Delivery was done three business days later, 6/3/21, acceptable. Here is where the situation became dicey. When the delivery guys put together the table and chairs, I indicated that there was a defect on the top of the table and the chairs were wobbly. He indicated that they could not address that and that a request would have to put in for a technician to come out for repairs. I agreed to that so long as I was allowed to make the necessary annotations on the packing slip before I signed for the delivery. The delivery person took a photo of the table top with the defect(I indicated that there was a second defect, but he did not want to take a picture, indicating that the technician that would later come for the repairs would address). He started to make a call with AF to put in a request for a technician to come out for the repairs. He indicated that the call allegedly dropped(I cannot confirm the veracity of that) and indicated he was going to step out to the truck to make the call and return. Ok, so five minutes later, the wife indicates that the driver drove off. What??? I immediately called into AF’s Customer Care center to complain. This is where it really gets interesting. I was informed that “I had signed for the delivery”. I indicated, No, I did not and explained that the driver just drove off. The Sales Order Terms and Conditions indicates that the customer’s “signature on the delivery receipt acknowledges that you have received and inspected all of your merchandise in good condition. The customer care agent admitted that this was highly irregular and emailed me my supposed “signature”, which was not mines of course. She then asked me for the signed document I had received at the store. I indicated that I had not received a signed document, other than the CC machine receipt, which had my signature. She wanted to compare signatures, which upset me even more because it initially seemed she was doubting my assertion that the signature was not mines. But if it meant showing proof for her internal records that the signature had been forged so be it. I emailed the receipt back. She indicated she would put in a complaint on the situation and arrange for the technician. At this point, we were over the situation and I indicated I did not want a technician, I wanted the table and chairs to be picked up and my money refunded. This started a 33-day process, 16 phone calls, sometimes waiting an hour on the phone, speaking with 18 different agents, including two calls and one additional visit to the store where I purchased the table to finally receive my refund. During the process, they indicated that they would not refund the delivery fees, which I objected to, indicating that AF would have additional issues that would cost more if I decided to pursue legal action based on the forgery of my signature. By the way, I asked during the process the name of the delivery person and of course, this ask was ignored. Because of this, they acceded to refund the total purchase price including delivery fees and taxes. Towards the end of the saga, I was told by the Escalation Team at AF that the refund would be available to me within 7-10 business days in my bank account. I found that reasonable since I know that is the normal wait time for refunds on credit cards. However, when I called at the 11th day to inquire about the refund, they called the store and were informed that because this was an in-store purchase with a CC, I had to go back to the store with the card for the refund to be processed. Had the Escalation Team member informed me of this, I would not have lost an additional 11 days. Then when I went to the store, their credit card machine was not working, of course. I asked them to run it again, which they normally do without being asked when they are selling a product. It still did not work, so they indicated that they would have their Corporate Office make the refund, which ultimately happened. I later thought, couldn’t they have done that 11 days prior? In summary, my experience was very poor with the delivery, customer care and unnecessary pressure from my perspective to have them resolve the situation. If they would have acted quickly to resolve everything, I wouldn’t be writing this, nor would I have decided to not purchase at AF in the future.

My parents recently purchased a mattress from your store in lakeland. They were informed by salesman that delivery drivers would take the old mattress to dispose of. When new mattress was delivered and my father asked if they were taking the old one the delivery person said they dont do that. So now my parents who are limited physically have to figure out how to get the mattress out of their house. Ashley furniture you should be ashamed! Obviously communication is lacking among your employees or your delivery drivers are just lazy or you simply make promises to people to get their money and once you have that you dont care about the follow thru of customer service. I promise you, you wont be getting my money and I will make sure anybody I know I will not recommend you for their furniture needs. Shameful just absolutely shameful!!!!!!