3 Days Online Only! Save $500 on our Best-Selling Sectional!

Shop Doorbuster Deals - This Week Only!

Great style doesn't have to be expensive! Ashley cuts out the middle man by building, transporting, and selling its own great furniture. This allows us to bring stylish furniture, created by the #1 furniture company in the world, to the people of Geneva, Illinois at a price that other companies cannot compete with. Ashley has exclusive agreements with premium bedding companies like Tempur-Pedic, Sealy, and Stearns & Foster. We sell the best mattresses in the world, with incredible incentives and financing terms that ensures that the customer leaves with the best deal possible! You can find us off S Randall Rd, across from Jersey Mike's Subs. We look forward to being the furniture store that helps you fill your home with memories, and hope to see you soon! 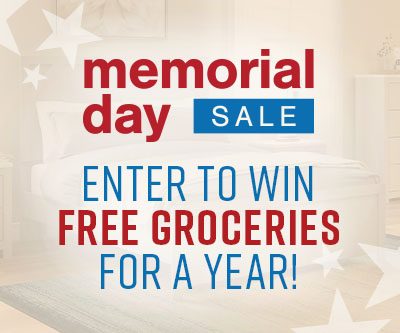 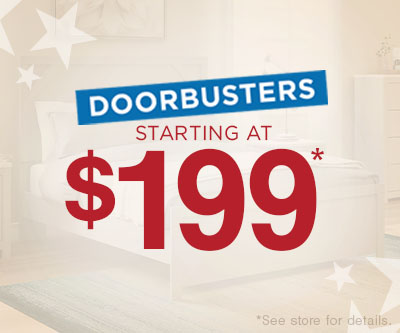 This store is not honest with their delivery dates. We purchased a table, chairs, and a server. The table was delayed a month, so they said it would be best to ship all three once the table comes in. So we said okay. A month later on delivery date, they only delivered the table and server. We asked where the chairs are and the guy said it shows they are delayed, you have to call our call center. Once we called them, they informed us that another customer bought the chairs we already paid for and now the chairs are on a 2 month delay. Be begrudgingly accepted this. We call 2 months later asking where our chairs are and the lady said they are another 2 months delayed and she has no idea why they originally told us 2 months. We call again 2 months later and they said again, wait another 2 months for the chairs... Finally 2 months later, 7 total months after payment, our chairs finally arrive. On top of that, the server came damaged. They sent the technician out, and he said it was unrepairable. And we should expect a call to schedule a new delivery for a replacement the next day. We never got this call, we had to call them for them to open a new ticket. They said the server is a month delayed and we said that's okay. We call back a month later and they said they never received a ticket from us on a replacement but they will open a new ticket now. Again we call a few weeks later and find out there still is no ticket. I have no idea where to go from here, but we still have this broken server that we've paid for. I would not recommend doing business with this company, they have outsourced their call center and given very limited information to those employees. Do not expect your purchase to be delivered in a timely manner, even if an employee promises a specific date. Employees at the store don't have any idea when the actual item will arrive, they are only guessing.

Customer service was excellent. 30% off all items purchased for Black Friday. Edit: We didn’t receive our furniture for 7 Months after purchase. We bought a nice couch, love seat, ottoman, dining bar table with stools, and a large mirror that leans against the wall. The ottoman cushion was semi lopsided when we received it, but we didn’t think anything of it and thought that it would be fine after some time. Fast forward a year, this cushion is extremely lopsided after normal use. I’ve included a picture. We submit a claim to the service department and we’re told that this would never happen unless we were misusing the piece of furniture. They suggested we had been sitting on the ottoman for extended periods of time. The service department said there was nothing they are able to do as this would NEVER happen by just using your feet on it. Granted I’m 220 lbs and don’t just sit with my feet flat across the ottoman. Hands down, one of the worst customer service experiences I’ve had. Thankfully we got 30% off though!! You get what you pay for. Avoid Ashley Furniture at all costs.