In-stock and Ready to Deliver! Up to 50% Off*
Shop Now
Save 10% on an Outdoor Fire Pit When You Buy Select Outdoor Seating
Shop Now
Quick & Free Shipping on Furniture + Decor
Shop Now

Great style doesn't have to be expensive! Ashley HomeStore cuts out the middle man by building, transporting, and selling its own great furniture. This allows us to bring stylish furniture, created by the #1 furniture company in the world, to the people of Lima, Ohio at a price that other companies cannot compete with. Ashley HomeStore has exclusive agreements with premium bedding companies like Tempur-Pedic, Sealy, and Stearns & Foster. We sell the best mattresses in the world, with incredible incentives and financing terms that ensures that the customer leaves with the best deal possible! You can find us on Elida Rd, between ALDI and T-Mobile. We look forward to being the furniture store that helps you fill your home with memories, and hope to see you soon! 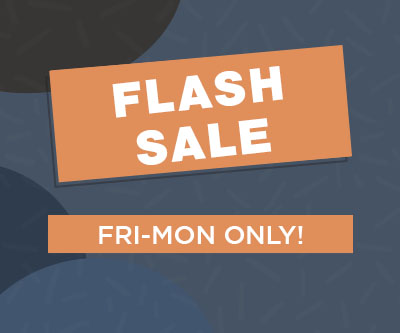 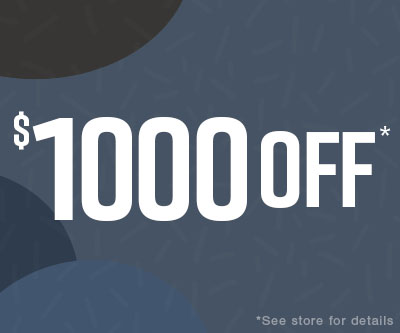 Ashley's is the worse place to buy furniture. I have a warranty and they sent parts out and guess what I have had them parts for 4 weeks and still no service tech has contacted me to come fix it its not even a year old recliner and the mechanism snapped. I have called once a week and everytime I call they say they don't have any notes on the system saying it needs fixed but yet there the ones that sent out the parts to my house to get it fixed worst place to buy hands down

Ordered a new living room and bedroom set at the end of April 2022. They came to set everything up 6/20/2022, a Monday. They brought the wrong bed rails. I was assured they would reorder the rails the same day since it was early in the morning and they were in stock in their warehouse so redelivery would be fairly quick and that it would be in store the next week and I would be contacted for delivery. I called to check the next week, and was told it was coming the following week. So I called again the following week and was told a different date. I asked to speak to the store manager since he was the one that told me on 6/20 it was in stock at their warehouse and wouldn’t take long. The store manager wanted to refer me to my sales person and said as the manager he couldn’t do anything about any of this. (Still confused how the salesperson would have been able to help) Then I called again and I was told it wasn’t even in their warehouse, but the date was changed to July 14. Well we are at the end of July and no rails as of yet. I have told everyone I know to stay far away from this store. I dropped a decent amount of money in this store and no one can give me answers. After reading on other pages and Google reviews, I see I am not alone. What a waste of time and money.

I have had a terrible shopping experience with this store. I would not recommend shopping here and will personally, never go here again. Normally, I try to rate places with an accurate rating rather than simply 1 or 5 stars but this place deserves a 1 star... In July of 2021 I purchased a sectional sofa, cocktail table and a TV stand. The TV stand and cocktail table were part of a matching set. This will be somewhat important later. I was told all my furniture would be delivered in 10-12 weeks after purchase. This seemed reasonable to me. About 10 weeks in, I get a call that my sofa and cocktail table were ready to deliver. I thought "great!". I was happy with the purchase so far. I assumed the TV stand would be in within a few weeks. No worries I though. At about 15 weeks after purchase I still haven't received my TV stand so I decided to call about. It was November of 2021 at this point for reference. I come to find out that many of the TV stand Ashley sells have been put on hold by the manufacturer due to the supply chain issues we are all too familiar with. It was great of Ashley to call and let me know about this (they didn't and this be be a reoccurring theme as well). During this phone call, they said it should be delivered before the end of the year. I thought "oh, okay. That's reasonable considering the supply chain issues". Then it was the end of Dec. and I still hadn't heard anything on my TV stand. I called again and they said it should be delivered in Jan. I thought this was getting kind of ridiculous at this point but what's one more month when you've been waiting half a year right? The end of Jan. rolls around and still nothing. Once again I call and they say the manufacturer is very behind and filling orders in the order they received them. I asked what that means for me and they said "hopefully it will be delivered by April". This fully cemented a negative opinion of Ashley for the lies I had been told. Up until this point, I had been told the TV stand would deliver at several different times. I had been disappointed several times by these lies. I didn't want to cancel my order because the TV stand was a matching set with my cocktail table. I began looking to see if I could find the TV stand elsewhere but was unsuccessful. All other merchants were saying at least 6 month lead time and wouldn't make any promises. But at least they were upfront about this. I decided to keep my order with Ashley and remain hopeful. If the TV stand hadn't been part of a matching set, I would have cancelled it and simply found another style elsewhere. But unfortunately I really wanted them to match and I was already this far in. I thought "how much longer could it be?". Finally though, they said hopefully by April and would not promise it would even deliver by then. While this was a disappointment from a time perspective, it was finally good that they were not promising a delivery. If they had said this from the beginning, I would have been much more understanding with them. However, up until this point they had been telling me when the TV stand would deliver. April came and went and still nothing. I called again in April hoping to hear good news and didn't receive any assurance. But at least this time I understood there were no dates for delivery. The middle of May came and I finally get the called I have been waiting for for 10 months now. My TV stand is ready to deliver. I scheduled a date for delivery and think it's finally over. The TV stand delivers as expected and I immediately notice it is damaged in two separate places. At this point, I'm just done... I immediately call Ashley to try and make this right. I can't believe I waited this long and have been lied to for this... The worst part was that I had been joking a few days prior about this exact scenario happening. Guess I jinxed myself on this one. HIT THE CHARACTER LIMIT ON GOOGLE... Long story short, had trouble getting in tou

Wonderful place to work with! Barb was amazing and very helpful. Transactions were quick and the staff was amazing! Highly reccomend!

Joyce did amazing job! Thank you

We worked with Joyce to pick out a bedroom set. She was very friendly and helpful.

Worked with Barb! She was great and gave us an excellent deal on our new tables and lamps!! Everyone at Ashley’s was very nice, professional and answered all of our questions!